Towards the proximal end of the Orion arm, far from Cradle and the Capital worlds of humanity, is a patch of space with no official designation; this “empty” corridor is known as the Long Rim. On paper, the Long Rim is a barren no-man’s land choked with space junk, littered with mined-out rocks and the remnants of old battles — a place where humanity’s debris coalesces either through the complex ballet of competing gravities, or by deliberate direction.

In reality, the Long Rim is the primary thoroughfare for ships in transit between the most distant active blink gate from the galactic core, Rao Co Station, and the Dawnline Shore, a hotly contested frontier territory. Often passed over by the larger narratives that grip the galaxy, the Long Rim has become one of the largest and most heavily trafficked sub-blink shipping lanes in known space, moving millions of tons of food, medical supplies, construction materials, electronics, colonists, and sensitive materiel in a steady stream.

Pilgrims and wanderers, landhunters, small-time mercenaries and charter captains, Horizon collectivists and Horus adherents — the people in Union’s margins find a perilous, but potentially profitable, home in the Long Rim. It is a wild place, often violent, with no central power to claim total control. As much as there can be a consensus of the Rim’s population, a lack of a central power is not a bad thing: Free of Union’s vast bureaucracy, a person can disappear; free of Union’s vast bureaucracy, legends can be made.

But for every legend made in the Rim, there are many more who die in obscurity. The Rim's freedom is only guaranteed as long as one can keep it, and only the people who live get to tell their stories...

The Long Rim setting for Lancer dives into a lawless, uncanny, dangerous sector of Union space. Overlooked by the hegemon as an empty transit and shipping corridor linking the distant Dawnline Shore to the edge of Union space, the Long Rim is home to tens of thousands of souls living free of Union's influence -- this freedom, however, is not evenly applied, and where injustice rules, the oppressed have little hope for rescue.

The Rim -- billed station-side as a romantic frontier ripe for the daring to make manna -- is a dangerous place. It is home to corrupt, self-serving Enterprises and their enforcers, who run large stations as kings lord over their realm; pirate outfits that prey on unprotected ships in transit, attacking from the void and disappearing back into it with their spoils; and myriad other groups, from the uncanny HORUS cells to the clandestine Horizon Collective.

Alone, or with your small squad, you can't change the Rim; but you can make your mark, whether as a scoundrel or paragon.

This setting expansion for Lancer features a wealth of information on the Long Rim sector of space, including:

This book is Massif Press' first supplement for Lancer with all new art, layout, mechs and rules. The .lcp files included contain all the player facing content (mechs and talents) for COMP/CON, our free character builder tool, and will remain free to download (see the 'demo' file below).

In order to download this game you must purchase it at or above the minimum price of $9.99 USD. You will get access to the following files:

:EDIT:  Loving the setting for this. The art is amazing as expected from Abbadon. I had issues receiving this product. However, after emailing Massif directly, They were quick to help. (Don't bother with itchi support, its a lost cause).

As with the entirety of LANCER's other player-side content, the Lich (and the other frames in this book) is free. What you're paying for by purchasing this product is the setting itself plus some good literature alongside a handful supplemental rules to help with GMing. You'll need to use Comp/Con (also free, though GMing content is included with the paid CRB) combined with the .lcp file in the demo section to access it without the book.

I am aware that the material is available through COMP/CON. It still doesn't justify that I paid 10 bucks to not receive the pdf with the supplemental material for the setting. I have tried contacting itchi support and press from almost a 2 weeks now with no response. I have the proof that I bought the pdf( I won't share receipt number here for obvious reasons). I am just at ends of how to resolve this.

Ahh, I misunderstood you initially in that case. Best wishes with solving this one.

Asking just incase: have you tried contacting Massif directly yet? The usual advice that gets thrown around Pilot NET seems to be "email Massif/Tom" whenever someone is missing a PDF they should have, so you might have better chances with that route.

I never got the link for this as a backer. I see the No Room for a Wallflower link and the corebook link in my emails, but not a link for this.

Same happened for me.

I got this and NRFaW, but no core book

How many pages is this? I want to buy but I prefer a physical book and want to print it XD

Not sure if you've gotten an answer some where else yet, but just in case you haven't, Long Rim is only 68 pages including the cover page.

Hi, maybe you already saw this but the LCP file is in this here "public" page, not in the downloads once you buy the supplement.

any idea how to get this data into Comp/con? I am having trouble figuring it out

I just bought this and I noticed a typon in the second paragraph of page 2 where "material" is misspelled as "materiel."

Huh. Learn something new every day.

It was an interesting setting and location, but it missed a few things that I would like to see. Such as-

Not bad, but needs a bit of work.

Slang and lore would definitely be good choices to expand upon.  I think the Enterprise/Pirate rules are fine as-is, if slightly too narrow table-wise for me.

Damn, now i need a Long Rim Hardback to fit with the other one coming in. Keep taking my money i dont care!

We for serious giving the Atlas a Heavy Mount? I'm not saying it's a bad plan, but I am saying I already have players stuffing Superheavy guns onto the Caliban and I can already see the Combat Drill or D/D 288 on the Atlas...

That was an error, and it's been corrected -- download the PDF again and you should see that the Atlas now has the correct mounts.

Whew. Thank goodness. <3 y'all, I was real scared of dealing with that as a GM.

Struggling to get the download to happen. Have checked my popup blocker on a couple of different browsers and no joy. Any suggestions?

I'm having a problem downloading the COMP/CON update, even though I turned off all my blockers and allow pop-ups on itch. Not sure what I should do.

Are you still experiencing this issue? Does it happen on any other itch.io page?

iirc, I think did have the issue somewhere else (can't recall where though). However, I just tried downloading the COMP/CON data again and it worked!

I was able to apply it to one of my mech's weapons in Comp/Con by unlocking the license, going to my mech loadout, and clicking the label that said "NO MOD INSTALLED" on my weapon. However, I had to remove another system from "Systems" for it to show up - if you have no SP free, it will hide the mod unless you hit the "show systems exceeding SP" toggle (the one with the lightning bolt). 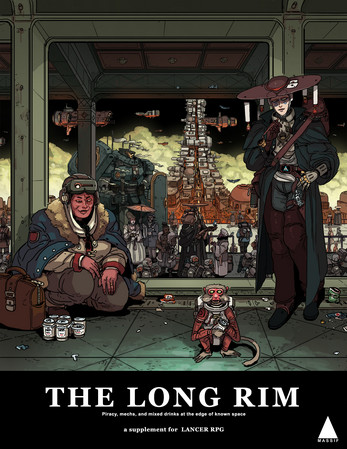 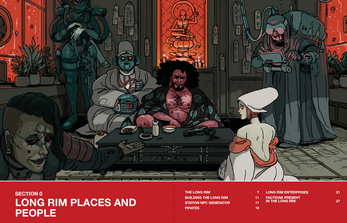 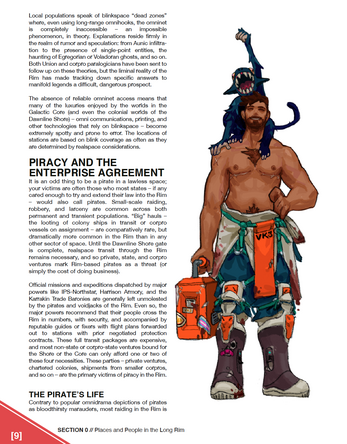 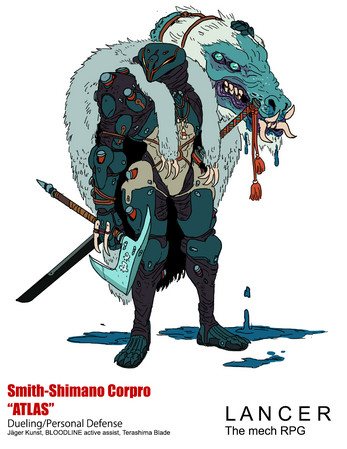