What is Karrakis? How to begin to describe that old throne. One could start by writing all of human history prior to the Fall in a single book, name that book a single name, and then try to say what it “is”. Is Karrakis today the same as its founding colony? Is Karrakis the Annorum Passacaglia or the Annorum Tyrannus? Is it the New Federation, or is it the Baronies?

To those who hate her, Karrakis is a wheezing crone, shambling towards an end in teeth and blood. To those who love her, she is a mighty Amazon, unblemished and undaunted. The truth is that Karrakis is immune to the damnation of the partisan and undeserving of the praises of the hierophant. She is both crone and Amazon: she stands alone in human history, for better or worse, and defines the arc of our species as both lodestone and diadem.

Begin here: Karrakis is a name older than any human civilization that ever lived and died on earth. The great pharaohs of Egypt, the emperors of old China, the senators of Rome, the khans of Mongolia, the shahs of Persia, and every president and prime minister. For everything one hates about Karrakis, she boasts something equally as commendable; of course, precisely the opposite holds true.

Against Union, Karrakis is a captivating mirror. The two states of humankind are fascinated with one another, scale notwithstanding. Though others may try to intercede, their mutual embrace is, ultimately, unbreakable. Where one goes, the other will follow; Union and Karrakis will live together, or die by mutual compact.

The Karrakin Trade Baronies is a place of splendor, wealth, and tradition, one of the largest member states of Union, as familiar as an old wound's ache. Boasting a history many millennia long, the Baronies are the oldest continuous human civilization in the galaxy. A place of deep tradition and legend, the Baronies is increasingly a realm of surging political intrigue. The courts of lords buzz with the gossip of the latest pankration mekani matches; the palace walls are strewn with the colorful banners of the victorious House Companies; the skies shimmer with ships hauling in the latest bounty of a planet-cracking operation. It is also a place of deep social division, where the titled nobility grasp on to power with an iron fist, openly flaunting the equality promised by Union, and in some cases directly opposing it.

Now, the Great Wheel of Dis is turning. The great engine of industry in the Baronies is grinding to a halt, and a rising tide of Republicanism threatens to shake the baronies to its core. Will you help usher in a new age for old Karrakis, or stand aside lest you be crushed?

This setting expansion for Lancer features a deep dive into the Trade Baronies, one of the great cultures and member states of Union:

This book also contains a major expansion to the narrative side of Lancer:

See you out there, Lancers.

This book is Massif Press' second major setting supplement for Lancer with all new art, mechs and rules. The .lcp files included contain all the player facing content (mechs and talents) for COMP/CON, our free character builder tool, and will remain free to download (see the 'demo' file below).

NB: Please ensure that your version of COMP/CON is on v2.3.0 or later before loading the KTB LCP.

In order to download this game you must purchase it at or above the minimum price of $18 USD. You will get access to the following files:

Just sumptuous on every level.

The pathfinder bond in particular.

Silly question, is there any chance of a physical release of this book? It's lovely though!

Is there a PDF of the Bond Sheet anywhere for that new system?

Hello to the itch io comments section! Typoes and other issues are being tracked in this github page: https://github.com/lenaleciel/KTB-Release-Typos-and-Errors/issues

Balance feedback is most visible in the Lancer discord, in the #new-release-feedback channel.

thank you for the update.

Looks like there's a table missing on page 89. There's a line of text that just says [example burdens image]

Great book, yet I think theres some issues regarding missing/confused art? In the bonds section the with beautiful card art the broker is appearing twice and is replacing the pathfinder card. Theres a few other minor issues like that but over all another great book, love the deep lore and I hope you guys get more recognition, I check the social media posts and I know some books got canned. Hope to see more thanks massif 9/10 would backstab Nobel house as mercenary.

Hmm i see the pdf but no lcp file. Is this an error?

My bad it was on the demo slot.

Any plans to do a print version?

while never stepping out of line 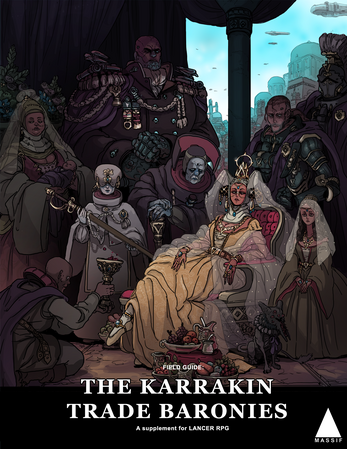 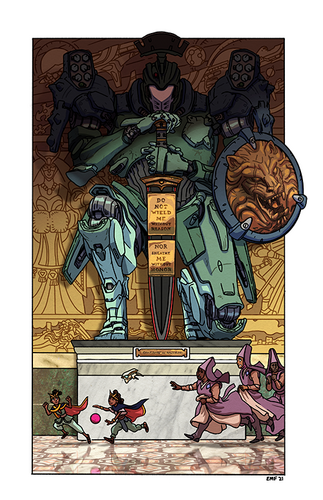 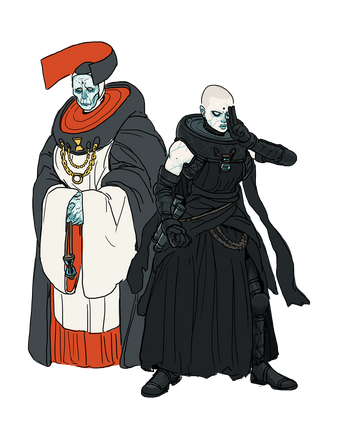 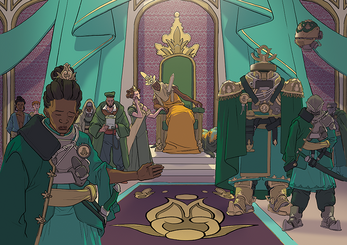